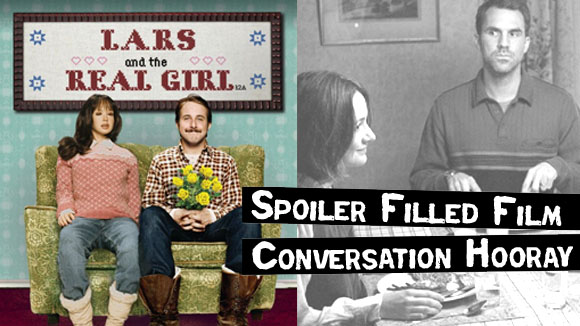 Rejoice, oh grand followers, for Spoiler Filled Film Conversation, Hooray This time it is Rich’s turn and he has brought 2007’s ‘Lars And The Real Girl’ to the vault for the rest of the crew to enjoy. But they did they all enjoy it? You’ll have to listen to Rich confess his man-love for Ryan Gosling, Ant his initial unfounded worries about it being a one-gag comedy, and Abi her theories about Ryan Gosling actively fighting his pretty boy status. It would be so easy to have made this movie as a gross out comedy (yes, Rob Scneider, we’re looking at you), but instead it’s something entirely different. Show pull your real doll close and listen in. (Ep 52, Rec 2014)

We are 'Spoiler Filled Film Conversation, Hooray!', a podcast where a bunch of Welsh people talk about films and stuff. View all posts by spoilerfilled